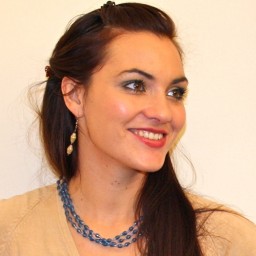 Stella is from German/Italian descent and was born in Germany in July 1985. At the age of six her mother went to live with her in The Netherlands with her new Dutch father. Following in the footsteps of her parents 22STARS founder Stella Romana Airoldi (29) leads a very active life and has travelled, worked and lived all over the world. During her travels she was regularly confronted with poverty and injustice. For that reason she studied Dutch Law (LL.M in Public International Law) at the Leiden University and became a board member of SIFE Leiden, where she learned that the best way to help people out of poverty is by making sure that they can provide for themselves. In 2011 Stella did in addition the Advanced Master in Human Rights and Democratization at the European Inter-University Center in Venice and Sevilla. In 2012 Stella worked as a trainee with the European Union Delegation in Beijing, China. However, she never forgot about the women in Uganda,  who she met in 2009. She left China to realize the concept of 22STARS in the Netherlands. In 2013 Stella participated in a 10-week course from the “Start Up Campus” in Rotterdam to learn everything that she needed to know to get her started with her own business. In the summer of 2013 her first collection was launched: Rising Star. Stella does everything herself: text writing, web design, photoshop, building the webpages, marketing, sales and networking.  Stella is living in The Netherlands, but most of her time she spends in Africa. Besides Uganda she has travelled all over Eastern and Southern Africa.  Stella loves wild animals, mountains, diving, surfing, painting and sleeping under the stars. Although she loves Kampala her favourite city is Cape Town, South Africa. 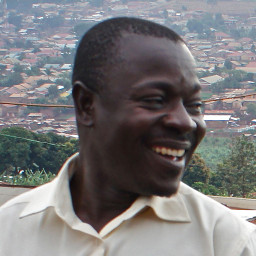 Pastor David Wafula is 40 years old and is one of the prime movers of 22STARS. He has been helping Stella developing the idea of a company since 2009, after they met during a church session in Kampala. David is our ambassador in Uganda and with his help we were able to visit the women in the Acholi Quarters at their homes and listen to their stories. David makes sure that the orders get to the designers and monitors their general life to see if they are doing okay.  David’s first profession was actually teaching. He also holds a Bachelor degree in Theology and a masters degree in Organizational Leadership and Management. For 22STARS project David visits the designers and gives them support and counselling and manages the activities, such as Income Generating Activities (IGA), Music Dance and Drama classes (MDD), training and education. Each Sunday you can find David and his wife Aida, their three little daughters and son in the church, where David preaches. In his spare time David loves to sing and dance and telling jokes making other people laugh. 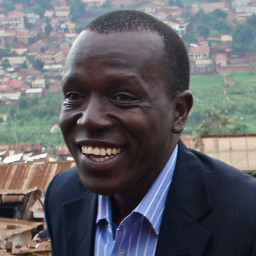 Moses was born in Namaingo in East Uganda in 1988. He obtained his bachelor degree in Counselling and Psychology at the Kampala University in 2011. He currently is working on his masters’ degree in Public Health which he will finish this year. Moses feels joy in his heart when he is helping people who are finding life very difficult. According to Moses all of us are who we are, because there was someone helping us to reach the next level. Now that he has obtained a degree, he feels it is time for him to go down and reach out to people in need. He works as a counsellor with the young, the elderly, and people affected with HIV/Aids and adults of any age. Through guidance, counselling and psychological support he interacts with them. He explores their daily experiences of difficulty and helps them to see their future and find a reason for living. He also advises them on reproductive health and financial management.For 22STARS Moses meets with our designers and gives them support and counselling. “Hope is what makes our tomorrow” is his motto. He is also the translator between Stella and the designers who don’t speak English that well. Moses wants to be where he needs to be, to be able to change lives and to help them reach their dreams. He loves 22STARS because it brings great minds and spirits together. He also loves music, particularly hip-hop, meeting with friends, and he dreams of traveling. 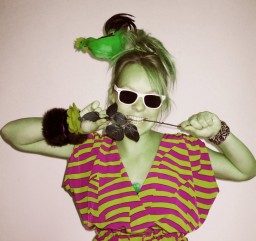 Emmy van Kleef lives in Uganda since September 2013. In Kampala she works for different companies and projects as a communications consultant. For 22STARS Emmy is visiting our designers and Ugandan team in the Acholi Quarter and writes blogs about their life’s and takes beautiful pictures that make everyone smile. For the past year she has been studying an MA Media, Communications and Critical practice at the London College of Communication, University of the Arts London. Emmy wants to bring creative ideas and fresh energy into a diverse and transcultural world in her work experience. Her background has brought her knowledge about digital media, marketing and intercultural communications. She has developed a variety of skills in the creative sector like audiovisual work, web design and conceptual marketing. Her enthusiasm leads her into a direction where she can gain and share knowledge driven by her curiosity. In her free time she travels around in Uganda with her ??camera to capture life. 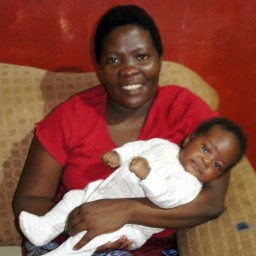 Aida Wafula is 38 years old and the beautiful wife of 22STARS ambassador Pastor David Wafula. She is a teacher by profession and has four children: Esther, Vicky, Samantha and Ethan. She loves working with children, women and young people, especially girls. Aida loves helping people and encouraging them. For 22STARS Aida meets with our designers and gives them support and counselling about issues that women don’t feel comfortable about to share with men in particular. Through her guidance, counselling and psychological support she helps them to solve problems and stay positive about the future. Aida is also a talented designer and passes her skills on to the other women. She started making the paper jewellery in 2004, when a client introduced her to the idea of making paper beads at the NGO where she was working, enabling women to start a small business. In her free time Aida likes to sing and to be surrounded by her kids and family. 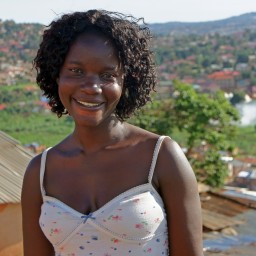 With her intelligence, humour and passion, Susan soon became our team leader. She teaches the other ladies how to make paper beads and string them into jewellery. She oversees the production and quality of our products. Susan, who is 29, lives with her three children, Derick (16), Peace (13) and Masika Dorita (11), on the top of a hill with a beautiful view over the Acholi Quarter. Susan was born in Northern Uganda and has lived most of her life in Gulu. Her first husband, a soldier, died in 1999. Her second husband went to Somalia in 2007 with the peacekeeping force and never returned. During that period Susan became so sick and stressed, that her sister took her to the hospital in Kampala. There she was diagnosed with HIV, cancer and tuberculosis. She was put on medication and after a year she was cancer free. She still has to take Anti Viral Medicine against aids, which is only effective if she looks after herself and gets healthy nutrition. Susan moved to the Acholi Quarter in 2008. Susan had to be creative in making a living for herself and her three children. Since she was stigmatized as an HIV patient and has to look after her children she searched for something she could do from her home. Susan learned how to make paper beads and quickly improved her skills and techniques making beautiful jewellery. She started earning money and was able to improve her situation. Susan always stayed strong and positive because of her children. She loves helping and motivating other women who are less fortunate than herself and has many friends.