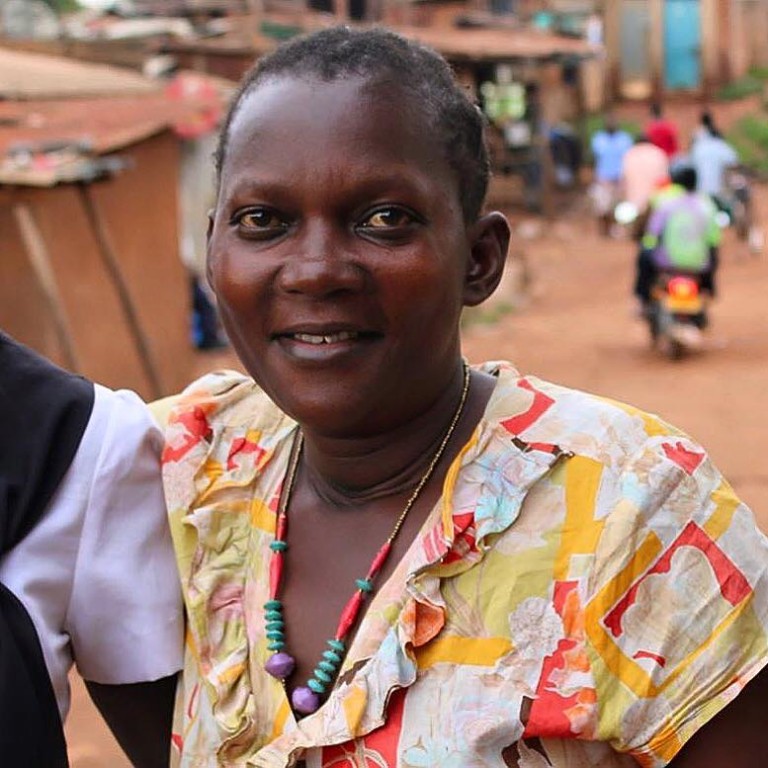 Beatrice is a strong, 46 year old mother of four children with two grandsons.

Like many other women from the Acholi quarter she was displaced by the war in Northern Uganda. The conflict and post conflict situation made her living circumstances very hard, but Beatrice never lost faith and will never give up on life. I met Beatrice three years ago when she was very sick and I am so amazed by her strong character and will power.
Beatrice is a widow, HIV positive and has a goitre, which makes her neck swell up and painful. Due to money she could not be operated earlier. But when at one point she could hardly see anymore as the goitre was pushing her eyes out she finally got an operation. In March 2015 she got operated, but she still has to pay for the operation and she still has problems with her eyes and thus needs to go back to the hospital soon. Beatrice also emphasizes that being HIV positive does not mean that it is the end. She is thankful that she she gets free medical treatment and psychological counselling.

Besides her own health another challenge for Beatrice is to pay for accommodation for her family of 7 people. Also money for food for seven is quite expensive, so that is her biggest struggle. Beatrice appreciates what 22STARS has done so far for her and she is very happy that she can sell her jewellery on the international market.